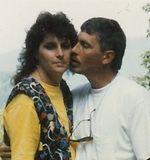 Tracie Lea Waddell, age 46, of Murfreesboro, passed away Sunday, January 27, 2008 at her home. Tracie was a native of Aurora, Illinois and a longtime resident of Murfreesboro. She worked at L & T Plumbing and was of the Methodist faith. She was a loving wife and mother and will be missed by all. Tracie is survived by her husband, L Van Waddell of Murfreesboro; daughter, Taylor Waddell of Murfreesboro; son, Lance Waddell of Murfreesboro; parents, Richard and Mary Lou Livingston of Waller, TX; brothers, Rick Livingston of Conroe, TX and Chris Livingston of Galveston, TX; sister, Jayme Case of Brevard, NC; several aunts, uncles, nieces and nephews. The family will receive friends Wednesday, January 30, 2008 from 4:00 pm until funeral services at 6:30 p.m. at Murfreesboro Funeral Home. Burial will be at Hope Cemetery in Imboden, Arkansas. Those wishing may send condolences online at www.murfreesborofuneralhome.com Murfreesboro Funeral Home, 145 Innsbrooke Blvd, Murfreesboro 615-896-2229.
To plant a tree in memory of Tracie Waddell, please visit Tribute Store
Services for Tracie Waddell
There are no events scheduled. You can still show your support by planting a tree in memory of Tracie Waddell.
Visit the Tribute Store
Plant a Tree
Print
Share A Memory
Plant a Tree