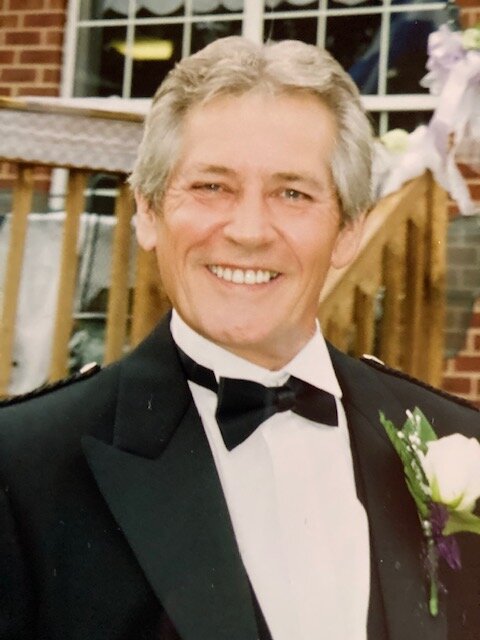 Please share a memory of Ian to include in a keepsake book for family and friends.
View Tribute Book
Ian Clunie – Peacefully passed on at Ascension St. Thomas Rutherford County on Sunday January 15, 2023 surrounded by his family. He died at the age of 73. Beloved father of Sharon and Graeme. Devoted Father-in-law to Chris McCarthy and Jennifer Clunie. Dearly loved Grandfather of Liam, Jaqueline, Madison, Emma, Gavan, Tristan, and Ewan. Great-Grandfather to Maggie and Levi. Ian was raised in Scotland by his late mother May Honor Clunie and late father George Clunie. He has reunited with his brother Jim and is survived by his twin brother Eric and sister Maureen. Ian is also survived by many cousins, nieces, nephews, and close friends. He began his working career delivering coal with his best friend Aly Barclay in East Wemyss, Scotland. He then moved on to work for Levi Strauss and Co. This opportunity led him to Singer Sewing Machine where he had a lengthy career as an engineer. This opportunity afforded him to leave his home in Scotland and move to the United States. Ian took advantage of all opportunities to grow and better himself and his family. His commitment to his family and career allowed him to travel the world from Japan, Germany, China, Jamaica, Holland, and numerous other countries. He was a self-made man who was very proud of his work and accomplishments. His strong work ethic and determination rubbed off on his family. From his children to his Grandchildren, they all learned that if you work hard enough and believe you can do it, you will. Ian was always willing to help anyone who needed it no matter what the task was. He had knowledge of so many things, and if he didn’t, he learned it. He will be sorely missed by all who knew him. Services will be held at Murfreesboro Funeral Home, 145 Innsbrooke Blvd, Murfreesboro, TN 37128 on Saturday January 28, 2023. Visitation hours are 11:00am to 1:00pm. Service to begin at 1:00pm. In lieu of flowers, the family asks for you to recognize our healthcare workers, nurses, Doctors who take care of us every day!!!!!
To send flowers to the family or plant a tree in memory of Ian Clunie, please visit Tribute Store
Saturday
28
January

Look inside to read what others have shared
Family and friends are coming together online to create a special keepsake. Every memory left on the online obituary will be automatically included in this book.
View Tribute Book
Share Your Memory of
Ian
Upload Your Memory View All Memories
Be the first to upload a memory!
Share A Memory
Send Flowers
Plant a Tree