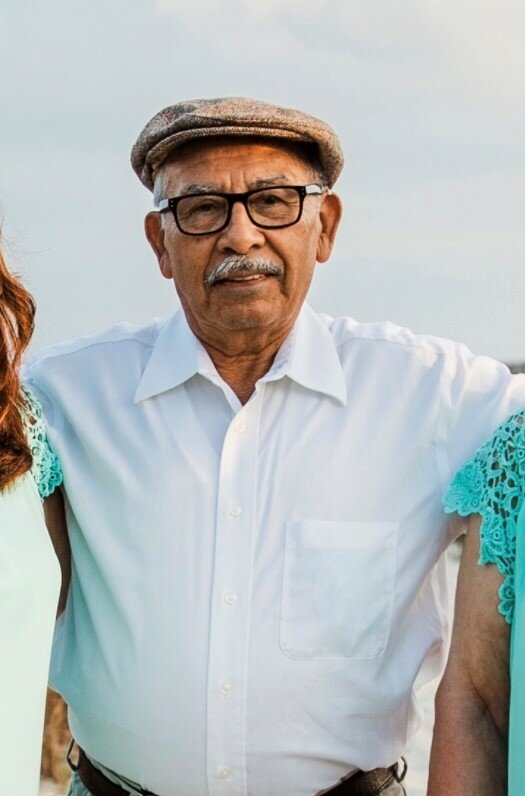 Please share a memory of Ernesto to include in a keepsake book for family and friends.
View Tribute Book
Ernesto Figari Rivas, 87, of Columbia, TN, passed away on August 17th. Funeral Mass will be held at St. Rose of Lima Catholic Church in Murfreesboro on Friday, September 16th at 12:00pm Visitation will be held at Church of LDS in Murfreesboro on Saturday, September 17th from 1-3pm with a memorial to follow at the Evergreen Cemetery in Murfreesboro. Ernesto was born in Piura, Peru to Alfredo Oscar Rivas and Laura Mercedes Figari on November 13th. He moved to the United States in 1971. He worked for General Motors in Framingham, MA and later transferred to Saturn Corporation in Spring Hill and retired in 2011. He enjoyed being outdoors, dancing, listening to music, and playing soccer. He was strong in his faith and a friend to all. But most of all he loved spending time with his family. He is survived by his loving his wife of 45 years, Carol, his children Ernest Rivas (Mindi), Michelle Irwin (Matt), Luz Marina Pachas (Carlos, Eduardo), Catalina Aguilar (Erick), Veronica Larsen (Robert), and Benita Metallo (Ron). In addition his brother Jose Rivera. In addition to his grandchildren Aiden, Caleb, Lexi, Brady, Tyler, Lucas, Leslie, Fabiola, Charles, Valerie, Katherine, Catherine, Erick, Diego, Frederick, Claudette, Biaggio and Tommy. Preceded in death by his parents Alfredo Rivas and Laura Figari. His brothers Luis and Alfredo, his sister Rodoil and his son Martin.
To send flowers to the family or plant a tree in memory of Ernesto Rivas, please visit Tribute Store
Friday
16
September