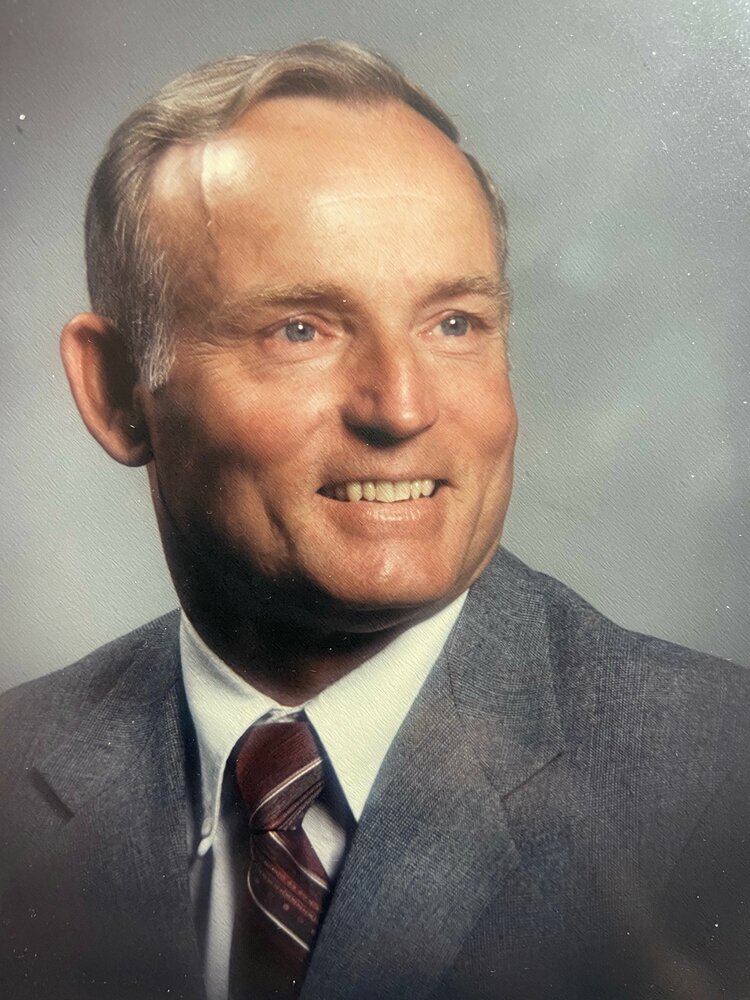 Please share a memory of William to include in a keepsake book for family and friends.
View Tribute Book
Retired Chief Master Sergeant William Milford Rackley, Sr. Born September 15, 1936 Entered into Eternal Rest March 20, 2022 "To be absent from the body is to be present with the Lord." 2 Corinthians 5:8. Retired Chief Master Sergeant William Milford Rackley, Sr., age 85, passed away on Sunday, March 20, 2022 in Murfreesboro, Tennessee. William (Bill) Rackley was born in Goldsboro, North Carolina in 1936 and was the son of the late Monroe Bennitt Rackley and Maggie Sykes Rackley of Goldsboro, NC. Bill graduated from Pine Level High School in 1954 and enlisted in the United States Air Force January 12, 1956. He retired after 29 years of distinguished service on March 31, 1985. Bill is survived by his loving wife, Peggie C. Rackley, and four children: Charlene Rackley of Columbia, SC, Tina (Delbert) Thigpen of Gallatin, TN, Pamela Rackley of Gallatin, and William Rackley, Jr. of Murfreesboro. Bill is also survived by eight grandchildren: Clayton Thigpen, Michael Hazin, Catie Sanders, Anthony Thigpen, Kayla Rackley, Sarah Thigpen, Bryan Sanders, and Brett (Rebecca) Rackley; and three great-granchildren: Paisley Troutt, Riley Key, and Liam Troutt. Additionally, Bill is survived by five siblings who reside in North Carolina: James (Rose) Rackley of Smithfield, Jean (Vance) Peedin of Highpoint, Anna (Jesse) Aycock of Raleigh, Robert (Vicki) Rackley of Goldsboro, and Cathy (Roy) Batten of Goldsboro. Bill was predeceased by one son, Baby Boy Rackley, and one sister Ellen (Ray) Little of Princeton, NC. Chief Master Sergeant Rackley was a Vietnam War veteran. His military duty stations included Vietnam, Okinawa, Thailand, Hawaii, California, Guam, and South Carolina. He had an extensive knowledge of aircraft maintenance and was unequaled in his technical competence, leadership skills, dedication, and achievement of mission performance. He was a key member of the B-1 Joint Task Force and made major contributions to the success of the Air Force Initial Operational Test and Evaluation of the B-1 strategic bomber at Edwards A.F.B., California from 1973 to 1978. He distinguished himself by his meritorious service as B-1 Maintenance Supervisor at Edwards A.F.B. from 1973 to 1976. From 1976 to 1978, he served as Chief of Organizational Maintenance of B-1 Logistics at Edwards A.F.B., and from 1978 to 1980, he served as Organization Maintenance Superintendent and Quality Control Superintendent at Andersen A.F.B., Guam. In 1979, he participated in Operation Christmas Drop delivering over 50,000 lbs. of supplies and gifts to over 13,000 needy islanders. During his military service, he received numerous Air Force Commendation medals, including the Meritorious Service Medal for Outstanding Service. He earned an Associate of Arts degree and pursued a Bachelor of Business Management degree at Golden Gate University in San Francisco, CA. In 1985, he retired from the Air Force at Shaw A.F.B., SC, after 29 years of distinguished military service. Following his military career, he became a licensed realtor and entrepreneur and owned several small businesses together with his wife. Bill was a loving husband, father, grandfather, and great-grandfather, who delighted in spending time with his family. He was an accomplished guitarist and enjoyed playing bluegrass, gospel, and Chet Atkins finger-style music. Bill often played guitar for community events, churches, retirement homes, veterans, and his family. He was also an avid sportsman, who enjoyed horseback riding, softball, fishing, bowling, and biking. At home, he liked solving automotive mechanical problems in his shop with his son. Bill was a devoted Christian, taught Sunday School, volunteered in his community, and made charitable donations to numerous non-profit organizations, including Wounded Warriors and Feed the Children. His life was a testament to his faith in Jesus Christ. He was highly respected by all who knew him and deeply loved and cherished by his family. Visitation will be held Sunday, March 27 from 3:00 to 5:00 p.m. at Murfreesboro Funeral Home, 145 Innsbrooke Blvd., Murfreesboro, TN. Graveside service with full military honors will take place Monday, March 28 at 9:00 a.m. at Middle Tennessee State Veterans Cemetery, 7931 McCrory Lane, Nashville, TN.
To send flowers to the family or plant a tree in memory of William Rackley Sr., please visit Tribute Store
Sunday
27
March