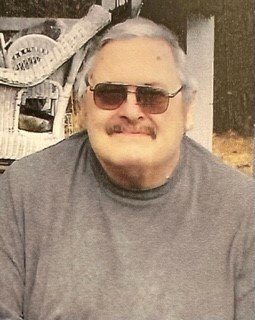 Please share a memory of Richard to include in a keepsake book for family and friends.
View Tribute Book
Richard L. Fisher, age 65 of Murfreesboro, TN passed away Friday, February 25, 2022, at home with family by his side. Richard Lynn Fisher was born April 13, 1956. The son of Evelyn Sue Fisher and the late Dean H. Fisher. On November 15, 1980, Janice Bush and Rick were married. She preceded him in death on March 26, 2009. Among the survivors are his children; daughter, Amy Jo Fisher (Mike Cataldo) of West Palm Beach, FL, son, Derick (Allile) Fisher of Argenta, IL., 4 grandchildren; Colin, Kael, Ava, and Eli Fisher of Argenta, IL., his mother; Sue Fisher, sisters; Lori Arnold, Judy Paine, Barbara (Mike) Hicks, of TN., and many nieces and nephews. He was employed by Ameren Illinois. After retirement, he enjoyed working and gaming on computers. Graveside service will be held in Illinois at a later date.
To plant a beautiful memorial tree in memory of Richard Fisher, please visit our Tree Store

Look inside to read what others have shared
Family and friends are coming together online to create a special keepsake. Every memory left on the online obituary will be automatically included in this book.
View Tribute Book
Services for Richard Fisher
There are no events scheduled. You can still show your support by planting a tree in memory of Richard Fisher.
Plant a tree in memory of Richard
Share Your Memory of
Richard
Upload Your Memory View All Memories
Be the first to upload a memory!
Share A Memory
Plant a Tree