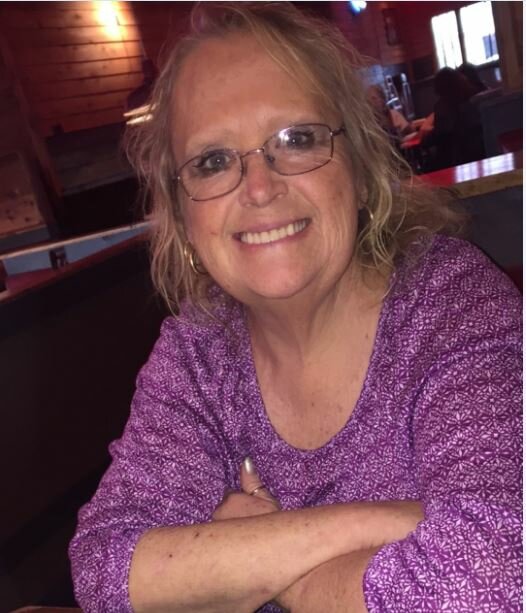 Please share a memory of Angela to include in a keepsake book for family and friends.
View Tribute Book
Last week, Angela Lamb passed away unexpectedly. For sure we know she was aged 62 but we're not sure of what day in February she was born. Her birth certificate said the 7th, her hospital tag said the 8th. It was a great debate. What we do know for sure was that she was a devoted daughter, loving mother, and a Double Dog Dare You kind of older sibling and a very proud grandmother. Angie, as some called her, grew up a little like a gypsy, living in South Carolina, North Carolina, Florida, Mississippi, Virginia, and Louisiana, but ended up calling Tennessee home. She was the wife to three lucky men. The first, Max Elvington for 13 years with whom she had two daughters. She was a housewife, a substitute teacher at Walter Hill Elementary and then worked at Freedom Industries for several years. Husband #2, Floyd Spray had three children from his previous marriage so they adopted a beautiful baby girl. That made six like The Brady bunch. They also were married for 13 years. She worked as a bail bonds for Butler Bonding but found her dream job with PCA, the portrait studio inside Walmart taking children's portraits. Husband #3, John Lamb, yet another truck driver, and they moved to Paris, Tennessee, where she would invite everyone to come for the Fish Festival every year. She loved to fish but never caught enough to contribute to the fish fry but what she did contribute while living there was her generosity. When she opened up a thrift store off the square, she allowed people to volunteer to work off their community service hours and she gave to anyone who was in need. She worked closely with the Domestic Violence Shelter. If you're wondering if she was married another 13 years, the answer is no. The girls in the Henry county class of 2013 will tell you she was the OG in tanning with her homemade tanning lotion made with baby oil and iodine. It was a concoction that was sure to get you a first degree sunburn. She was a Sun Goddess. Her grand kids told her she was a way better cooker than any of their moms and she would tell you that she could give Paula Deen or Martha a run for their money. And it was no secret she wanted Guy Fieri to taste her dish. So what better than a potluck Celebration of Life. So you're all invited to bring a covered dish and a recipe too that will later be put together in a recipe book in memory and honor of a truly amazing woman. Celebration of Life is to be held Saturday January 15th at 1:00 p.m. at Bible Church of Jesus 6371 Bradyville Pike, Murfreesboro,Tn She was proceeded in death by her mother Reba Ann Garrett and her father Tony King. She would say she is survived by her legacy: Delenia Davis, Catrina Umana(Christian), Mikala Spry (Nathaniel Godbott), Rhonda Ready, Chris Spry, Kevin Spry Brother: Brian Garrett(Bernice), Sister: Theresa Garrett Grandchildren Daylon Elvington, Aliyah Davis, Jayla Davis, Chayanni Umana, Katarina Umana, Luka Jack Godbott
To send flowers to the family or plant a tree in memory of Angela Lamb, please visit Tribute Store
Saturday
15
January