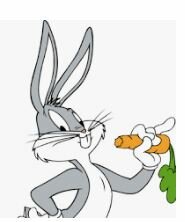 Please share a memory of Kenneth to include in a keepsake book for family and friends.
View Tribute Book
Kenneth Edward “Huey” Hayes, 74, born March 16, 1947, passed away suddenly on November 18, 2021. He was a lifelong resident of Fosterville, TN. He was preceded in death by his parents, Herman L. and Kathleen “Dolly” Haithcock Hayes; a sister Judy Carolyn Hayes and a brother James “Jimmy” (Linda) Hayes. Survivors include a brother Jerry (Martha) Hayes of Shelbyville, brother Robert Hayes of Fosterville, a brother Doyle Hayes of Fosterville, niece Shannon Hayes (Brian) Beasley of Fosterville, who was like a daughter to him; also survived by several other nieces and nephews and his neighbors, Woody and Cathy. Kenneth was in the United States Army and served in Vietnam. He worked for over thirty years for the Rutherford County Schools Maintenance Department. Kenneth was an avid woodworker, excellent cook and could find a solution and fix any problem having to do with anything. Pallbearers will be Jerry Griggs, David Cooper, Larry Tarpley, Paul Carroll, Jackie Hobbs, Brian Beasley, Trey Beasley, Jordan Gunn, and Billy McKin. Honorary pallbearers will be Craig Lynch, Moe Alderson, Charlie Hamlett, and other members of the Fosterville community. Visitation will be 11am-1pm, Monday, November 22, 2021, at Murfreesboro Funeral Home. A chapel service will be 1 pm, Monday, November 22, 2021 at Murfreesboro Funeral Home. Philip Crawley will officiate. Burial will be in Evergreen Cemetery. In lieu of flowers, please make donations to St. Jude Children’s Hospital www.stjude.org
To send flowers to the family or plant a tree in memory of Kenneth Hayes, please visit Tribute Store
Monday
22
November