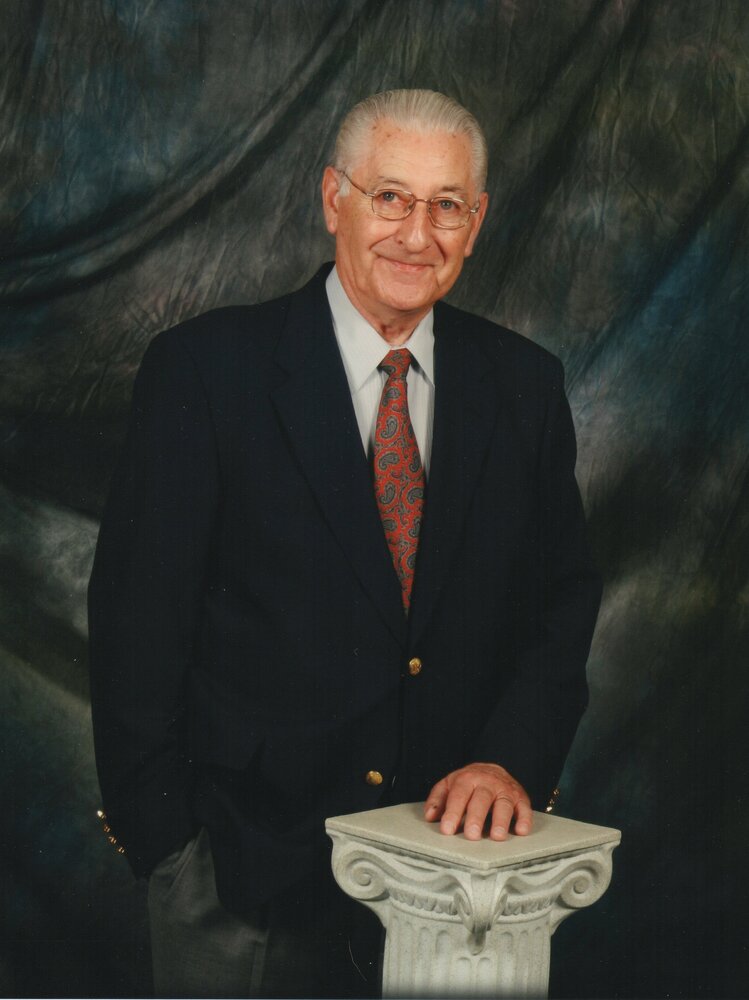 Please share a memory of Winfred to include in a keepsake book for family and friends.
View Tribute Book
Winfred “Wynn” Young Jr., 86, passed away on Sunday October 10, 2021 at Tristar Stonecrest Medical Center in Smyrna, TN. Winfred was born in Sparta, TN on December 12, 1934, the oldest brother of five children. He married Margaret Clarice Hitchcock on March 7, 1953 in Campaign, TN. Winfred served in the United States Army from 1958-1961 including a deployment near Paris, France. He and Clarice enjoyed many sightseeing trips during their time in Europe and loved to share stories of their adventures. Known as Wynn, Winfred’s primary career was in sales. Recognized as a top salesman, he travelled throughout the Southeast for Pyramid Life Insurance and Century Insurance Group selling life insurance policies. Later he sold luxury cars for Vaughan Motorcars and Mercedes Benz of Nashville. In 2000, Wynn was diagnosed with liver cancer. As a man who could not sit still, he pursued woodworking projects while undergoing chemotherapy, building furniture and other custom pieces for friends and family. Once his treatment was complete, he took a job at Home Depot to support his new hobby. His final employment was as a security guard for Securitas and Better Metals. He retired at age 80 to care for his wife. Winfred’s life was marked by many cycles of caregiving for his extensive family. He was especially attentive to Clarice during her decline with Alzheimer’s. Spending his final years surrounded by and supporting family brought him incredible joy. He is preceded in death by his beloved wife of 66 years Margaret Clarice (Hitchcock) Young, his parents Winfred and Edna (Poss) Young, and stepmother Dessie Young, sister Elyese (Young) Evans, brothers Donald, Doyle and J.E. Young, stepbrothers Freddy Brown, Don Russell, and stepsister Judy Hawkins. He is survived by his sons Chad (Tonya) and Kevin (Jamie) Young and his grandchildren Ethan, Benjamin and Isabella Young and Sophia and Maya Young. He is also survived by his stepsister Sandra Harvell and many loving cousins, nieces, and nephews. A Celebration of Life will be held to honor Winfred Young on Saturday November 6, 2021 at Murfreesboro Funeral Home. Visitation begins at 12 pm, the service begins at 1:00 pm.
To send flowers to the family or plant a tree in memory of Winfred Young Jr., please visit Tribute Store
Saturday
6
November