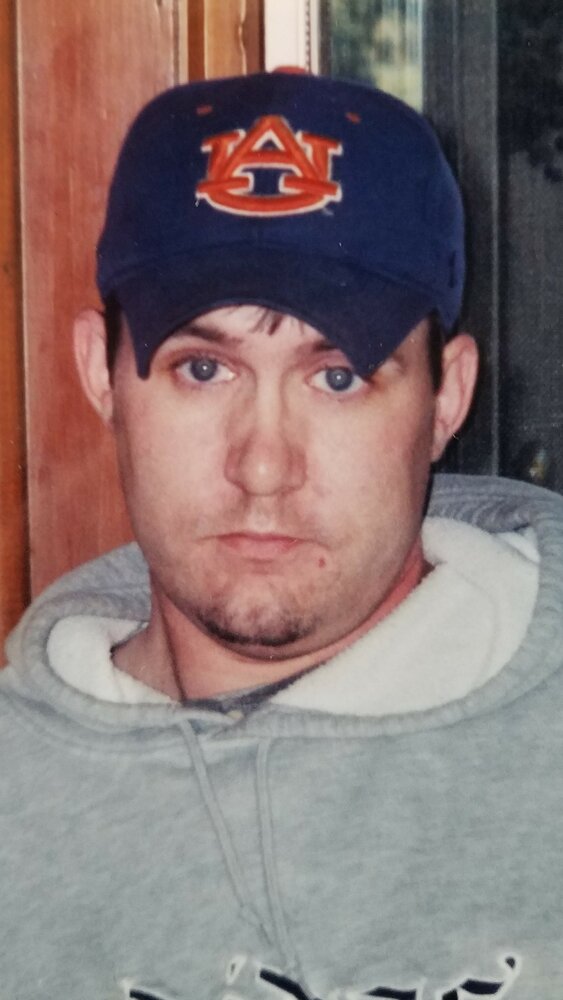 Please share a memory of Jason to include in a keepsake book for family and friends.
View Tribute Book
Jason Andrew Nichols, was born on June 11, 1977, in Nashville, Tennessee, the only child to James Elmer Nichols and Rebecca Ragland Nichols. Born with Marfan Syndrome, a genetic condition affecting the connective tissues of the body, During his formative years, Jason faced both challenges and limits regarding his eyesight, skeletal growth and muscular development. By early adulthood, cardiovascular issues associated with Marfan, appeared on the scene and remained the chief medical concern until his final days. Even though life was always an uphill climb, Jason lived a rich and full life many years beyond the expectancy of his medical team. His love of sports, especially college football, began in his childhood. It was a romance that never ended. While initially embracing all SEC football teams, he became an avid fan of his father’s alma mater, Auburn. He had an encyclopedic knowledge of teams, coaches, players, strategies and history. His Dad made sure he went to “The Plains” to meet the players almost every season. The highlight of this Romance was a trip to the Fiesta Bowl to witness Auburn’s BCS National Championship in 2011. He also loved professional Basketball. In fact, his home was decorated with memorabilia of all his favorites in every sport. Some of his heroes were Michael Jordan, Bo Jackson and Herschel Walker. In addition to sports and family, Jason treasured his time with his feline friend, “Catfish Billy”, who also loved watching sports! And speaking of friendship, Jason experienced that blessing fully. He was a faithful friend, always genuine and ever ready to help the many that he loved. Jason graduated from Donelson Christian Academy in 1995. While taking courses at Volunteer State College, he worked at Sub Depot where he quickly worked his way to Assistant Manager. Marfan Syndrome complications forced his early retirement from the work force. Jason was preceded in death by his mother Rebecca Ragland Nichols. Jason is survived by his father James Nichols, Aunt Barbara and Uncle Bob Hawk, Aunt Cheryl Justice and Uncle Wayne Dunlap, Uncle George and Aunt Kathy Nichols, and Uncle Michael Smith. There are numerous cousins, close friends and others that will forever miss his presence in their lives. A Celebration of Life service will be held on Saturday, October 30, 2021 at 11am. In lieu of flowers, the family has requested donations be made in Jason’s name to THE MARFAN FOUNDATION, 22 Manhasset Avenue, Port Washington, NY 11050. www.marfan.org
To send flowers to the family or plant a tree in memory of Jason Nichols, please visit Tribute Store
Saturday
30
October

Look inside to read what others have shared
Family and friends are coming together online to create a special keepsake. Every memory left on the online obituary will be automatically included in this book.
View Tribute Book
Share Your Memory of
Jason
Upload Your Memory View All Memories
Be the first to upload a memory!
Share A Memory
Send Flowers
Plant a Tree