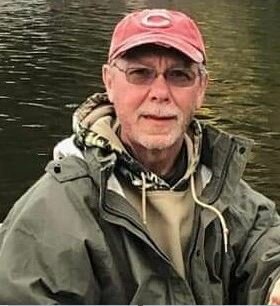 Please share a memory of Ronald to include in a keepsake book for family and friends.
View Tribute Book
Ronald “Ron” James Nevel, 61, Murfreesboro, TN, formerly from Whitney Point, NY went to be with Jesus on September 20, 2021 after a courageous battle with cancer. Ron was born in Nanticoke, PA the son of Richard and Hazel Redmond Nevel. Ronnie is survived by his loving wife of 25 years Mary Neadom Nevel. Step-children Charles (Tiffany) Brown, Gregory (Trista) Brown and Samantha (Joshua) Cline. He was Papa to Caleb and Julianna Brown for many years and is survived by 14 step-grandchildren. Ron is also survived by father Richard Nevel, one brother and 4 sisters. Rick (Brenda) Nevel, Sharon (David) Brame, Debi (Ronald) Talcott, Joann (Mike) Pierce and Lori (Dave) DeSantos. He is also survived by several aunts and uncles as well as many nieces and nephews. Ron was predeceased by his mother Hazel and both sets of grandparents. He was an avid fisherman and was talented in creating custom fishing lures. Even after moving south, Ron made annual treks to camp and fish with lifelong friends in the AdirondacksMemorial services are being planned in NY and TN. Memorial service will be held 11:00 am Saturday, October 9, 2021 at Murfreesboro Funeral Home with visitation starting at 10:00 am. A Memorial service will be held in New York at a later date.
To send flowers to the family or plant a tree in memory of Ronald Nevel, please visit Tribute Store
Saturday
9
October