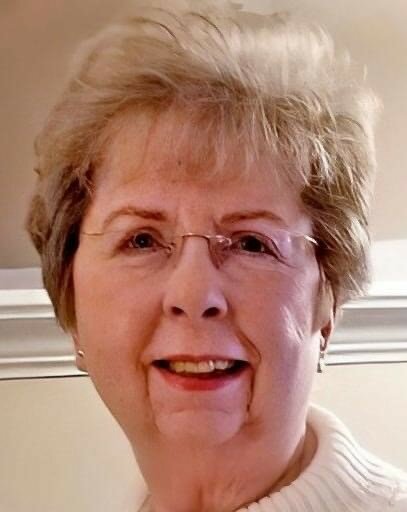 Please share a memory of Katherine George to include in a keepsake book for family and friends.
View Tribute Book
Katherine was born May 19, 1938, in Columbia, TN. Her parents were Virginia Hamby Goodman and Lehman Otto Goodman. She graduated from Columbia Central High School in 1956 and then enrolled in Middle Tennessee State College in Murfreesboro, TN. Katherine received her Bachelors degree in Business Administration and she also minored in Education. After graduation, she was employed by MTSC as Secretary to the Admissions Director, Dr. N. C. Beasley. She remained there until she moved to Millington, TN to marry Jack Elliott Smith in 1961. After their marriage, she worked for the Chairman of the Shelby County Quarterly Court and then took a Secretarial position with Grace Chemical Company in Memphis until the birth of their son in 1966, Elliott Barchelai Smith (Maria Prado Garris). Katherine was then employed in a real estate office as their secretary until the birth of her daughter in 1970, (Virginia) Leigh Smith Newman (John). Katherine took and passed the TN Real Estate Licensing Exam and sold real estate for approximately 10 years, then became employed by Kraft Food Ingredients in Germantown, TN. This division was sold to Associated British Foods and she became Executive Secretary to the Chairman until she retired in 2000. After retirement, she and Jack moved from Memphis to Murfreesboro, TN, where they have lived since 2001. Since moving back to Middle Tennessee, Katherine became involved in the Rutherford County Master Gardener Association and the Daughters of the American Revolution – Colonel Hardy Murphy Chapter. Katherine passed away at home peacefully surrounded by her family. Katherine is survived by her husband, Jack; son, Barchelai (Maria); daughter, Leigh (John) and many extended family members as well as countless friends. The family will receive visitors at Murfreesboro Funeral Home from 6pm to 8pm on Wednesday, September 8 and from 10am – 12pm on Thursday, September 9. Katherine will be buried at Old Orchard Cemetery in Petersburg, TN. Donations in Katherine’s honor are requested in lieu of flowers. Her designated entities of choice are Alive Hospice - Murfreesboro, American Cancer Society, Bright Focus Foundation for Macular Degeneration Research and Daughters of the American Revolution. Murfreesboro Funeral Home and Cremation Services 615-896-2229.
To send flowers to the family or plant a tree in memory of Katherine George Smith, please visit Tribute Store
Wednesday
8
September

Look inside to read what others have shared
Family and friends are coming together online to create a special keepsake. Every memory left on the online obituary will be automatically included in this book.
View Tribute Book
Share Your Memory of
Katherine George
Upload Your Memory View All Memories
Be the first to upload a memory!
Share A Memory
Send Flowers
Plant a Tree