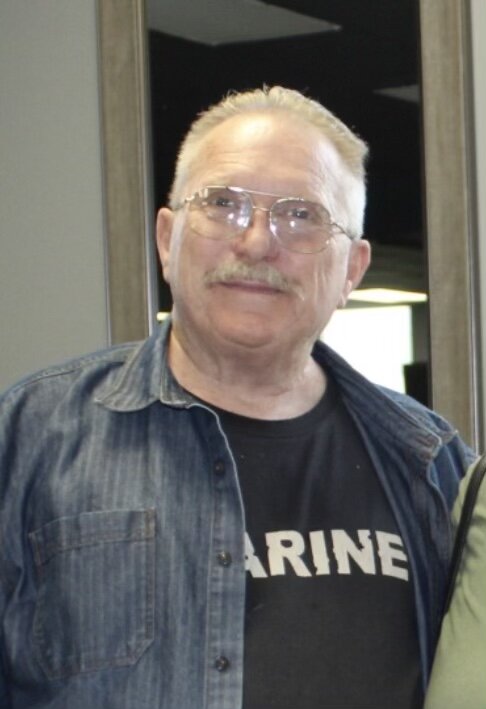 On Sunday August 15, at exactly 1320, Gunnery Sergeant Michael Allan “Smokey” Coates gave his final “Hoorah!” as he closed his eyes in this life, and opened them in eternity, face to face with his Lord and Savior Jesus Christ. Smokey was born on November 11, 1946, in Grand Rapids Michigan to his mother Genevieve and father Leonard Coates. He was a wonderful, caring big brother to his sisters Terry, and Sharon, and his brothers Glenn and David. Smokey served as a Navy Corpsman during the Vietnam War where he received two Purple Hearts and a Bronze Star. After returning home he re-enlisted as a United States Marine where he proudly served until retiring in 1991. During this time, he worked in many areas including a recruiter and a Nuclear, Biological, and Chemical Warfare defense specialist. He also graduated nursing school where he found his passion as a critical care RN. In June of 1974 he married the love of his life, Jacquelyn “Jackie”, and became the proud dad to his beloved children Anthony Joseph “Tony”, and Michelle Marie. Smokey continued to work in various nursing specialties for the next 30 years where would serve several other roles including search and rescue volunteer, ran the main hospital on the Crow Reservation in Montana, was an amateur drummer, a Shotokan Martial arts instructor, Horse Rescue volunteer, worked in the medical clinic and intake department of the Ventura County Jail, and taught the LPN program at the local nursing school. But his most favored promotion came by way of his 7 grandchildren, and 12 great grandchildren, to whom he was most affectionately known as “Big Papa”. It was in this role where he took on the titles of swim teacher, bike builder, legendary cowboy, US History tutor, sports and entertainment chauffeur, science teacher, guitar instructor, vocal coach, loudest cheerleader in the stands, slime maker, wedding officiant/photographer, and the absolute best dancer at every celebration he attended. If he wasn’t doing work around his home, Big Papa could be found either watching one of his great grandkids play or perform or lost in his coloring books of WW2 era planes. He didn’t need much to be happy with life, but he brought so much happiness to everyone he met. He was known for his captivating stories, and unfathomable wealth of information, most of which came from having lived through so many incredible life experiences. Although he had every right to boast in all that he had done, Smokey was a humble man, and it was clear to all who knew him, that he knew what mattered most. He loved God, he loved his family, and he loved his country. He was proud of what he believed, but he was never too proud to keep learning. A man of honor and integrity, one who valued respect and education. His passing leaves a hole in the fabric of what it truly means to be a gentleman. But in his wake, he leaves a legacy of young men and women who are honored to live up to the example that he has shown them. Young men and women that call him Big Papa, and who cannot wait to dance with him again one day at the coming celebration of Jesus Christ our Lord. Visitation with the family will be 12:00 noon until 2:00 pm Friday, September 3, 2021 at Murfreesboro Funeral Home, with a Celebration of Life at 2:00 pm.
To send flowers to the family or plant a tree in memory of Michael Coates, please visit Tribute Store
Friday
3
September