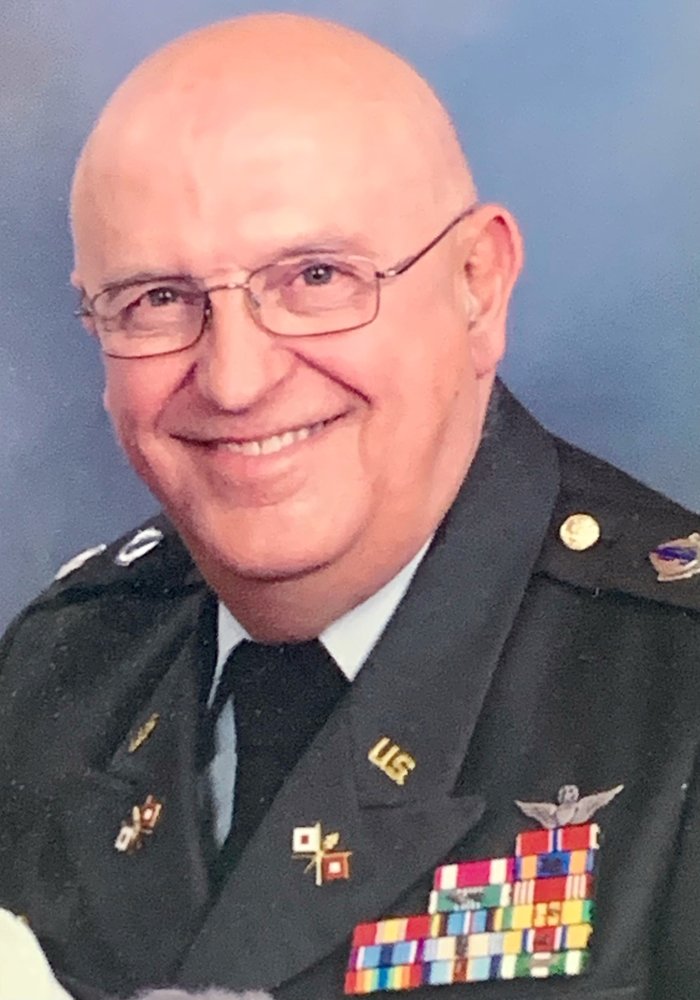 LTC (ret) Alvin Hall Watkins Obituary Alvin was born in 1943 and grew up in the “bootheel” of Missouri, graduating from Caruthersville High School in 1961. He enlisted in the military when he was 17 and was ultimately asked to join the Army Security Agency as a Morse Intercept Operator. Just over a month after completing his training, he was sent to Homestead AFB to use his new skills during the Cuban Missile Crisis. In 1963, Alvin married Cherry Ann Cook and Gregory was born in December of that year. The Army took them to Okinawa, Japan where Brandon was born in 1965. While in Okinawa, Alvin was selected to go through Officer Candidate School. He graduated from OCS in 1966, went through helicopter flight school in 1967, and went to serve in Vietnam in January of 1968. Shortly after arriving in Vietnam, the Tet offensive broke out and Alvin and his company flew for nearly 18 hours straight. Among the aircraft he flew in Vietnam was Bell UH-1H Iroquois "Huey" Smokey III, Army serial number 65-10126, which is now displayed in the Smithsonian National Air and Space Museum, Udvar-Hazy Center. Alvin served with distinction during the war, earning a Bronze Star and The Air Medal with 25 oak leaf clusters. After Vietnam, he was assigned to Germany and Kevin was born there in 1969. By 1972, however, Alvin and Cherry were divorced and he married Emily Louise Adams who he first met while in Germany. In 1973 he was released from active-duty Army due to a national Reduction-In-Force. Alvin and Emily moved to Massachusetts where he completed his undergraduate studies at Bentley College. Christopher was born in 1975 and Alvin worked in a variety of accounting practices (including his own) before returning to full-time military service through the Massachusetts National Guard in 1982. In the meantime, Alvin’s niece Pamela Watkins came to live with the family to start her college studies. In 1982, the family left Massachusetts for Garden City, New York. Alvin served as an Assistant Professor of Military Studies at St. John’s University. After two years at St. John’s, Alvin was selected for promotion to Lt. Colonel and was transferred to the Pentagon. While at the Pentagon, he served as the project manager for “Logistics Application of Automated Marking and Reading Symbols” (LOGMARS) which is an Army way of saying they started using barcodes to track equipment. In 1987, Alvin was transferred to Ft. Hood for his last tour of duty in the Army. While at Ft. Hood, he served on the deployment team for Mobile Subscriber Equipment (MSE), effectively using new digital cell phone technology for Army communication. After nearly 30 years of active service, Alvin retired from the Military in 1990. Even before his retirement was final, he had started on his second career as a leader and consultant for Worker’s Compensation Insurance. He held positions at Traveler’s, Missouri Employer’s Mutual, and the Texas Worker’s Compensation fund. He also went on to own an Allstate Agency, and do private consulting before finally retiring circa 2015. Alvin’s final years were characterized by struggle as Emily suffered from increasingly severe dementia. In the end, however, he fought to survive and provide for Emily until God finally took him home. Alvin leaves a legacy of nearly 49 years of marriage to Emily, four sons, 13 grandchildren, eight great-grandchildren, a long and distinguished military career, and many close friends. He will be deeply missed. Visitation with the family will be held at Murfreesboro Funeral Home on Thursday, July 29, 2021, from 1pm – 3pm with services to follow at 3pm in the chapel. Interment will be held at Middle Tennessee State Veterans Cemetery on Friday, July 30, 2021, at 10am with military honors. The family requests that in lieu of flowers, memorial donations be made to the Gary Sinise Foundation.
To send flowers to the family or plant a tree in memory of Alvin Watkins, please visit Tribute Store
Thursday
29
July