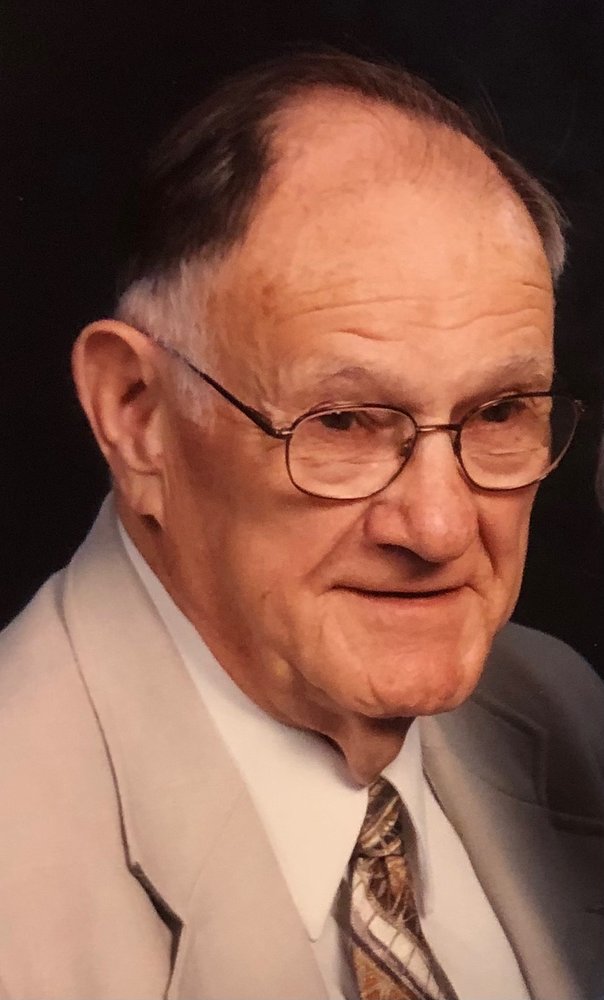 Leonard Dalton Coble passed away May 4, 2021 at the Tennessee State Veterans Home in Murfreesboro where he was lovingly cared for from July 2018 until he passed. He was born April 2, 1925 in a one room log house in Lincoln County, Tennessee to Garland and Vesta Luna Coble. His nickname growing up was Shorty. He married the love of his life, Katherine Muriel Moyers, on June 14, 1942. He served in the U.S. Navy during World War II as a radioman on a destroyer escort. With that experience, he was employed by Western Union for 39 years. As he excelled in each of his assignments, he found his true calling as a teacher. He began teaching Western Union employees how to repair the many pieces of equipment they sold. He ultimately became the Director of Training at Western Union corporate offices in New Jersey. He relocated often for his job including positions in Nashville, Knoxville & Chattanooga in TN, Georgia, Michigan, and New Jersey. He is survived by his beloved wife of nearly 79 years, Katherine Muriel Coble, son Jerry (Lea) Coble, daughter, Katherine (Jerry) Shearon both of Bedford County TN; grandchildren Melinda (Jay) Treu, Amy, Daniel (Shawn) and Michael (Diedre Brunk) Shearon, and step-grandchildren Gerry (Debbie) Kite and Michael (Ananda) Kite; great-grandchildren Savannah Treu, Katie, Coble, Katelen & Sarah Shearon; step-great-grandchildren Alicia Thompson, Mikayla & Kirklynn Kite and step-great-grandson Cade Livingston; step-great-great-granddaughter Olivia Rose Thompson and beloved nephews and nieces. In addition to his parents, he was preceded in death by his brother, Brown L. Coble and sister, Annie Frances Coble. Leonard became a member of the Church of Christ early in his life and was active throughout the rest of his life in various church locations. He was a member of North Boulevard Church of Christ. Leonard’s life has been a great example of giving of himself for the benefit of others, as Jesus asked us all to do. Visitation will be held at Murfreesboro Funeral Home on Saturday May 8, 2021 from 10:00am-12:00pm, with a memorial service with military honors following at 12:00-1:00pm with Bro. Marvin Maupin. Interment will be at 2:00pm at Wright’s Cemetery in Lincoln County with a brief graveside service. In lieu of flowers, donations may be made to a charity of your choice or to: Tennessee State Veterans Home 345 Compton Drive Murfreesboro, TN 37130
To send flowers to the family or plant a tree in memory of Leonard Coble, please visit Tribute Store
Saturday
8
May