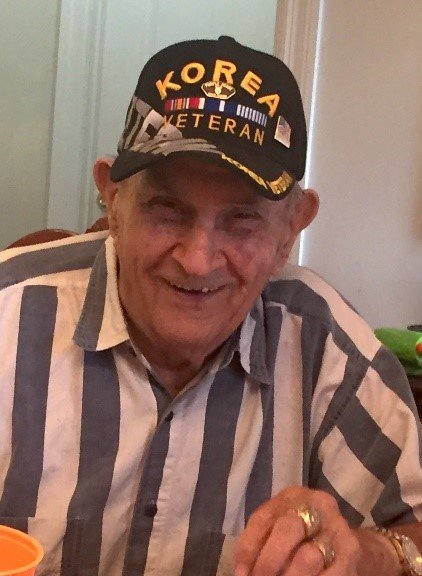 Clipper Reed Thigpen, 92, of Murfreesboro TN passed away on Thursday, March 25, 2021. Clipper was born in Redhill, TN (near Lawrenceburg), to Willie and Jimella Thigpen on October 13, 1928. Mr. Thigpen served in Okinawa and in the Korean War and later received the Purple Heart for his service in the U.S. Army. After discharged, he worked for his father as Deputy Sheriff for Lawrence County. When he and his wife, Earline came to Murfreesboro, he became the proprietor for several decades of Broad and Vine Shell Service Station, which became one of the popular social places in Murfreesboro. He had so many friends that would stop by the station and hang out, drink coffee or help him as he worked on cars. They loved him and he loved his friends and customers. On many occasions he would fix a car, knowing the person couldn’t pay, or he would trade a bushel of corn, etc, for his work, time and time again. After the Shell Company sold the property, he moved to another location in Murfreesboro and named it Thigpen Automotive Repairs. He worked there for a couple years and then retired. He was baptized in his 50’s and enjoyed his time with his family, taking them camping at Center-Hill Lake, and fishing, for many summers as his kids grew up. As he got older, he really enjoyed time with the grandchildren, as well as previous times with friends while golfing (and he loved looking for golf balls, like it was a “Easter egg hunt”). Clipper Thigpen is survived by his children Kenneth (Patti), Rick, Dwayne and Theresa of Murfreesboro, along with six grandchildren and seven great grandchildren. He is preceded in death by his wife, Earline Snell Thigpen. Visitation with family will be held at Murfreesboro Funeral Home on Sunday, March 28 from 1-4 pm with the funeral service at 4 pm. Burial will be the following day, Monday, at 11:00 am at Roselawn Memorial Gardens, 5350 NW Broad Street.
To send flowers to the family or plant a tree in memory of Clipper Thigpen, please visit Tribute Store
Sunday
28
March