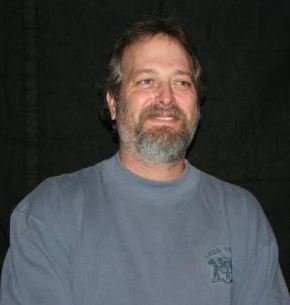 NASHVILLE, TN – Steven Michael Hoover, age 62 years. It is with great sadness and deep remorse that Bandit Lites announces the sudden and tragic loss of industry icon Steve Hoover. Steve suddenly passed away on December 15th. Steve was 40-year family member at Bandit Lites and will be sorely missed. He is survived by his former wife Tracy, his daughters Megan and Emily, and his entire Bandit and Jimmy Buffett family. Steve was a lighting director extraordinaire through the years, and everyone he worked with fell in love with “Hoover”. His resume was impressive and exhaustive. It included Marie Osmond, Joe Walsh, Tanya Tucker, Trisha Yearwood, Pam Tillis, Lord of the Dance, Crosby, Stills, & Nash, Michael Bolton, Donnie Osmond, LeAnn Rimes, Dan Fogelberg, and for the last ten years: Jimmy Buffett. Steve had a quirky wit about him and all that knew him enjoyed his always funny presence. Steve found the humor in most everything and was always good for a laugh. As an avid skier, Steve was one of those people that would jump from a helicopter to the top of a virgin mountain and boldly ski where no man had ever skied before. “The entire Bandit family was shaken this week by the sudden passing of Steve,” said Bandit Lites Chair, Michael T. Strickland. “He was a friend, a brother, and a character. This was totally unexpected, and we will never understand it. I love you Steve and will see you on the other side my friend.” “It is incredibly hard for me to express my thoughts about Steve because we shared a 40-year friendship,” said Mike Golden, Bandit Vice President. “I shared the bulk of my touring years with him at my side and the flashbacks of countless tours, unforgettable moments and great times have flooded my mind. His laugh was infectious, and his carefree spirit and personality will always stay in my memories. Steve was a true road warrior and his love for the road was only surpassed by the love he had for his children. I will never forget the Steve Hoover I knew, there was no one quite like him and I will miss him. Rest in peace Steve and God bless you my friend. “Steve Hoover has been a friend most of my working life,” stated Brent Barrett, Business Development Manager at Bandit. “We spent a lot of time and many miles together working on the road with Alabama in the early to mid-80s, and then again working together in 2003 through the present. He was always the same guy; in both good times and bad and he always brought a comical “something” to every situation. We shared a variety of life experiences (some you admit, and some you would just as soon not!). Steve was creative and talented and had a personality that worked so well in our business. He was one of the most caring and supportive fathers I’ve ever known. Steve was a good and loyal friend to me and many, many others. I am thankful for the many memories & he will be greatly missed.” Steve Hoover is gone but will not be forgotten. Arrangements to be announced at a later date.
To plant a tree in memory of Steven Hoover, please visit Tribute Store
Services for Steven Hoover
There are no events scheduled. You can still show your support by planting a tree in memory of Steven Hoover.
Visit the Tribute Store
Share A Memory
Plant a Tree