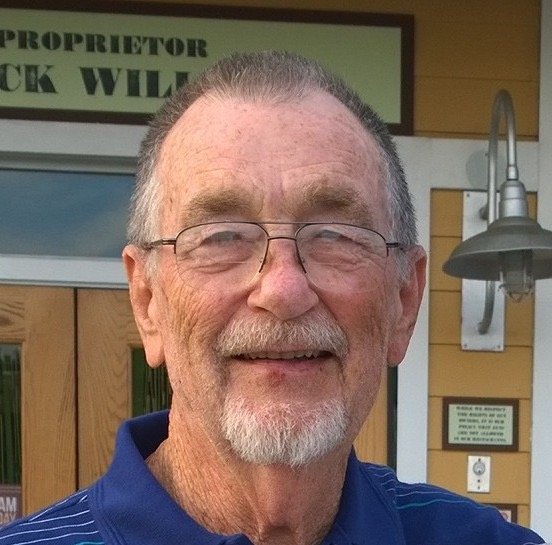 Robert Cecil Williams, Sr. born December 31, 1931, was welcomed into heaven on November 11, 2020. He was preceded in death by his wife Grace Williams, parents, Clarence and Virginia Williams, son Robert (Susan) Williams, Jr., brothers Jack (Mildred, dec.) Williams and Red (Betty) Williams, sisters Edna (Marvin, dec.) Hooten and Clarine (Johnny, dec.) Vance, and grandson Michael Armstrong. He is survived by his sisters Geneva (Kenneth, dec.) Allen and Norma (Eugene, dec.) Poston, sister-in-law Betty Ruth Kemp, sons David (Annette) Williams and Jeffrey (Sharon) Williams, grandchildren Stacie (Robert) Beckman, Dana Williams, Kelly Williams, Pam Williams Talley, Kayla Williams, Michelle Williams, Colby Williams and Kristi Armstrong. He had 7 great grandchildren: JR Williams, Brianna Talley, Carter Armstrong, Camden Armstrong, Hudson Patterson, Tommy Labrador, and Alora Dixit. Cecil was a Graduate of Hume Fogg High School and a quarterback for the Blue Devils football team. He had a love for all sports but a special love for softball. He was an extremely talented tool and die maker, a wonderful family man, and the most compassionate man you would ever hope to meet. He loved his family with a passion and would do just about anything for anyone. He cared for his wife Grace and his son Robert when they were ill, never giving up on them. He could be seen sitting on his porch reading his Bible. Funeral arrangements are being handled by Murfreesboro Funeral Home. There will be a graveside service at Woodlawn Memorial Park in Nashville on Monday, November 16, 2020 at 11am. Eulogy will be given by his nephew, Pastor Billy W. Kemp, Jr.
To plant a tree in memory of Robert Williams, please visit Tribute Store
Services for Robert Williams
There are no events scheduled. You can still show your support by planting a tree in memory of Robert Williams.
Visit the Tribute Store
Share Your Memory of
Robert
Upload Your Memory View All Memories
Be the first to upload a memory!
Share A Memory
Plant a Tree