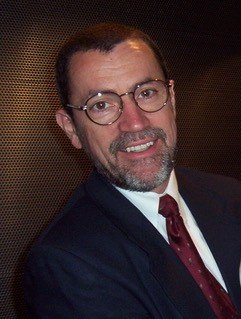 John “Johnny” D. Westbrooks loving husband, father, and grandfather entered the gates of heaven on October 5th, 2020 at the age of 70. He was born in Shelbyville, TN on August 18, 1950. He is a graduate of Shelbyville Central High School and of Middle Tennessee State University. He was enlisted in the National Guard from 1969-1975; employed by Samsonite Corporation from 1972-1981, the last 6 years of that in Denver, Colorado. For the next 30 years he was employed at Schneider Electric where he had the opportunity to travel to places such as Paris, India, Mexico and several cities across the U.S... In 2011 he accepted his dream job at New Frontiers Challenge Ministries where he was able to work in an environment that focused on faith, family & adventure. As camp administrator, he was able to use his skills to help NF advance their mission of bringing the message of Christ through experiential activities. He was preceded in death by his father Walton Westbrooks. He is survived by his wife Christine Westbrooks; daughter Amanda (Adam) Brown, and their children Jonah, Caleb, Abigail, Anna Jane and Hope; son Sam (April) Westbrooks and their children Grace, Walker and Ruby; mother Mildred Westbrooks; sister, Melody (Brad) Tackett and several nieces and nephews. John loved to travel, camp and attend NASCAR races. He especially loved doing these with his grand children. The events that he looked forward to the most were family dinners and taking family vacations. A Celebration of Life service will be held Friday, October 9 at 6:00 p.m.at Murfreesboro Funeral Home. In lieu of flowers donations may be made to New Frontiers. https://newfrontiers.org/
To send flowers to the family or plant a tree in memory of John Westbrooks, please visit Tribute Store
Friday
9
October