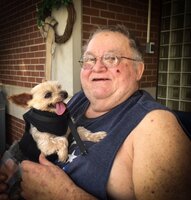 Christiana, Tennessee: David John Harvey, age 74 died on Monday, September 13,2021 at St. Thomas Hospital with his daughter LaVonne, son Jason (via phone), and son-in-law Kelly by his side. Dave was born in 1947 in Glendive, Montana the son of George and Gladys Harvey. David loved his life on the farm as a boy. He moved to Edwards Air Force Base in California in June of 1966 to serve his country. After being honorably discharged from the Air Force, he made his new home in Rosamond California. He was a self-made business owner for over forty years. He was well known in the community and beyond. He had always had a deep love of cars. Buying, restoring, and just collecting them. A 1965 Corvette being his favorite. He built his retirement home and settled down in Christiana, Tennessee to be close to family. David was preceded in death by his parents, and sister Diane. He was survived by his children, Terresa Buelow (husband Jeffrey Davis), Jason Shaw (wife Lisa Shaw), and LaVonne Scoggins (husband Kelly Scoggins). All ten of his grandchildren, Jessika, Bradley, James (Zakkary), Audrianna, Annabelle, Alexis, Collin, Ella, Hallie, and Rayah. His sister Pasty Olmstead (husband Jim Olmstead). He is now rejoicing in Heaven with Jesus, beloved family, and friends. His final resting place will be in Lindsey, Montana.