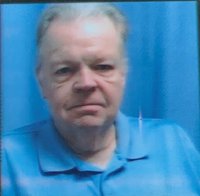 James Gordon Haralason, Jr, known to all as Gordon, age 79, moved onward June 13, 2020 from the TN Veterans Home. He was born in Nashville, TN to the late James Gordon Haralson and Para Lee Taylor on September 29, 1941. After graduating from Webb High School, Gordon attended Vanderbilt’s Peabody College earning a BA in History/Political Science. He then enlisted in the Army and served as First Lieutenant at Ft. Meade, in Korea and Vietnam from 1965-1969. Upon returning from the war, he enrolled in the University of TN/Nashville Geology program, earning a Bachelor of Science degree. His diverse professional careers included working as a Geologist with various oil companies; as a commercial real estate broker; and in his earlier years, playing bass with various Nashville musicians. He was an avid reader whom loved sports cars, music, his friends: many of whom were lucky to hear his fascinating life stories…and some tall tales. Gordon’s smile and sunny, caring disposition will be dearly missed by those who knew and loved him. Donations in Gordon’s name may be given to the following: Operations Stand Down, Nashville Chapter https://osdtn.kindful.com Musicians On Call https://www.musiciansoncall.org/nashville Graveside services to be held Tuesday, June 23 at 2pm. Social distance seating for attendees. Middle Tennessee State Veterans Cemetery 7931 McCrory Lane, Nashville, TN 37221