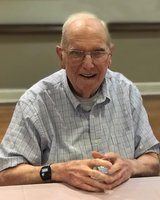 He was preceded in death by his wife, Betty Jean Morris, and parents, Tom and Carrie Morris.

Visitation with the family will be held at Murfreesboro Funeral Home on Thursday, July 11, 2019 from 10am-12pm.